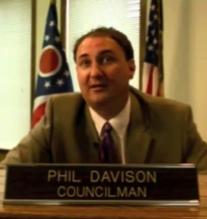 With over 16 years of service in the Minerva Village Council, free speech advocate Phil Davison has more legislative experience than the man the nation elected as president in 2008. Despite his political history, Davison did not gain notice until delivering one of the most impassioned speeches in recent memory. Now, as he considers higher office, a new moniker combines his fame with his political qualifications.  Meet Phil Davison, America’s Councilman. END_OF_DOCUMENT_TOKEN_TO_BE_REPLACED

Super PAC Man: The 2016 Campaign That Never Was

On the page for the 2016 presidential election, Wikipedia lists all FEC-filed candidates who satisfy that site’s notability guidelines.  Those currently meeting this criteria include Independents Terry Jones and Robby Wells, Democrat Jeff Boss, and Republican Jack Fellure.

Recently, a Wikipedia editor added to the page another candidate who meets the criteria.

His name is Josue Larose, the Super PAC man. END_OF_DOCUMENT_TOKEN_TO_BE_REPLACED

The Story of Elisa Chan: A Victory for Free Speech 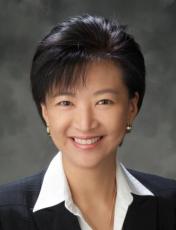 When former staffer James Stevens released the secret recording he made of San Antonio Councilwoman Elisa Chan, he felt her “anti-gay” comments would be her undoing. With a September vote upcoming to add gay and transgender people as a protected class in the city’s anti-discrimination ordinance, the resulting silence or absence of Chan would stand as a warning to anyone who dared speak out against the revision. Now with Chan neither silenced nor out of office, the plan appears to have backfired. Rather than a massive outcry calling for her ouster, Chan, though the subject of much criticism, has received praise for championing freedom of speech. END_OF_DOCUMENT_TOKEN_TO_BE_REPLACED

Brown recently signed an act into law forcing California schools to allow “transgender” students to use the bathroom and shower best matching their “gender identity,” as opposed to their actual sex.  As discussed last month in my review of CandleCrusade.org,  such a mandate interferes with a fundamental right of girls. END_OF_DOCUMENT_TOKEN_TO_BE_REPLACED

RJ Harris to Run for Oklahoma Governor as Democrat 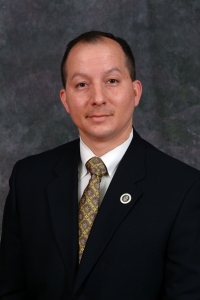 On August 3, Oklahomans For Ballot Access Reform reported attorney RJ Harris, a contender for the Libertarian Party’s 2012 presidential nomination, announced his 2014 candidacy for Governor of Oklahoma as a member of the Democratic Party.

In a Facebook posting, Harris announced his plan, appealing to the “Constitutional Conservatives” of Oklahoma, in that “it is time to put our principles for freedom ahead of party politics, it’s time to fight for LIBERTY.” He then added a link to an August 1 Washington Post editorial titled, “Libertarian Democrats: A movement in search of a leader.”
END_OF_DOCUMENT_TOKEN_TO_BE_REPLACED

The above banner adorns the campaign website of 2012 American Third Position Party (A3P) presidential nominee Merlin Miller, suggesting a future campaign. But Miller says the banner is nothing more than a “party initiative” and not necessarily reflective of his presidential ambitions. END_OF_DOCUMENT_TOKEN_TO_BE_REPLACED 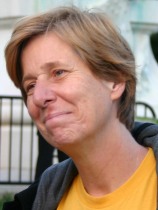 Peace activist Cindy Sheehan, who recently announced her intention to run as the Peace and Freedom Party‘s nominee for governor of California in 2014, took some time to answer five questions from William Saturn  of Saturn’s Repository, which were published on Wikinews. 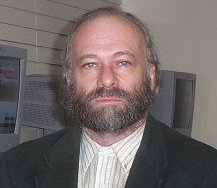 Robert Milnes, a candidate for the Libertarian Party’s 2016 presidential nomination, today announced the creation of a new blog, ThePLASPlace (TPP). Milnes hopes to use the blog as a platform to spread his message in the aftermath of the reaffirmation of his ban from Independent Political Report (IPR), his favorite blog.

“This represents my efforts to elicit comments from readers and comment/reply myself,” says Milnes, 61, of Camden, New Jersey, “it is formatted from the same template as IPR and I have added a monthly Open Thread for any/all kind of comments, much like IPR.” END_OF_DOCUMENT_TOKEN_TO_BE_REPLACED