Sometime in the past, Los Angeles Clippers owner Donald Sterling made a private comment to his now-ex-girlfriend.  He asked that she refrain from bringing Black people to Clippers basketball games.  Sterling did not intend to publicly broadcast the comment.  Nevertheless, a recording of it appeared on the celebrity gossip website TMZ earlier this week.  Now, amid public outrage at Sterling’s thoughtcrime, the NBA has opened an “investigation” of the matter; sponsors have dropped their associations with the Clippers; and the Reverend Al Sharpton is threatening a boycott of the entire NBA, should the league not remove Sterling as owner. 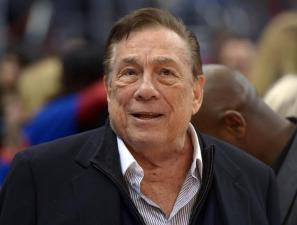 The public has every right to express its disgust of Sterling, but the fact that it chooses to do so is telling of a trend that may eventually seep into the legal sphere.  What the attacks on Sterling demonstrate is the public’s strong intolerance for speech labeled as bigoted.  Speech that nevertheless remains protected under the First Amendment.  This is the same groupthink that led to the public malignment of Paula Deen, Phil Robertson, Cliven Bundy, and countless others in recent months.  The public sees the act of making bigoted comments as worse than committing actual crimes. 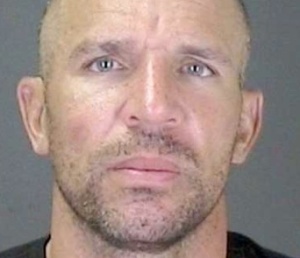 For example, when the now-Brooklyn Net’s head coach Jason Kidd was arrested and pleaded guilty to driving under the influence of alcohol, the NBA suspended him for two games.  Nothing more was said or done.  Even though Kidd’s illegal act could have easily killed an innocent person, there was no public outrage as there is now with Sterling.  Sponsors did not drop their association with the Nets, and activists did not demand Kidd’s termination as coach.  The public considered the act of making harmless racist comments as worse than committing the potentially deadly, illegal act of DWI.

It is reasonable to project that this prioritization will enter into the law.  Similar to the bans on speech at military funerals spawned by public outrage at the protest tactics of the Westboro Baptist Church, an instance of racist comments that conjures outrage will lead states and municipalities to enact statutes against so-called “hate speech.”  Ahead of the curve, the New York City council already passed a similar, albeit non-enforceable ordinance banning “nigger” in 2007. Should history repeat, the federal government will follow with a ban of its own. Just as the “Respect for America’s Fallen Heroes Act” was near unanimous, a ban on hate speech will likely pass through Congress easily.  Anyone who opposes such a bill will be branded a racist, and so will remain silent.  Unlike the Snyder v. Phelps Court, which rejected the “Fallen Heroes Act,” the next generation of Supreme Court jurists may uphold the speech ban since they will be products of same society where the attitude detailed above is prevalent.

This society need not continue down that path, lest it leads to a law as draconian as Part III of the U.K.’s Public Order Act 1986.  The exercise of free speech is the only way to maintain the right of free speech.  But it can only be accomplished through rational argumentation.  Our situation today is eerily similar to the situation faced in the 1940s and 1950s. Just as so-called racists and homophobes are blacklisted from society today, Communists were then blacklisted, unable to find jobs and contribute their talents to society, simply because of the ideas they espoused. At the time, some leaders proposed a ban of the Communist Party, which became a popular idea. The only reason society rejected the ban was because of the same rhetoric New York governor Thomas Dewey employed during his historic radio debate with Harold Stassen during the 1948 presidential election:

We should prosecute men for the crimes they commit, but never for the ideas they have.

We must use rational argumentation to show that certain logical fallacies are not worse than crimes resulting in actual harm.  This is perhaps the only argument that can reverse the trend and preserve the freedom of speech for future generations.  But it must be communicated in a manner that will resonate with today’s society and that is no easy task.