“Nazi Hunting” Is Not a Noble Pursuit 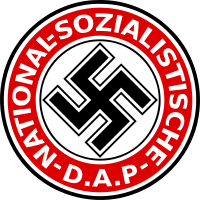 Between the months of May and October 1944, some 216,000 people were systematically killed at the Auschwitz-Birkenau concentration camp. During this time, 19 year old Hans Breyer worked outside the camp as a guard. There is no certainty of whether he knew about the atrocities occurring inside. Still, today, so-called “Nazi hunters” in the German government seem sure of Breyer’s knowledge.  They pin all the Auschwitz deaths on the 89 year old, now an American citizen and grandfather in Philadelphia.  These “Nazi hunters” want to punish Breyer for being at the wrong place, at the wrong time, 70 years ago. END_OF_DOCUMENT_TOKEN_TO_BE_REPLACED

On May 21, 49 members of the United States Senate signed on to a letter urging National Football League (NFL) commissioner Roger Goodell to force the Washington Redskins to change their nickname.  The letter attempted to circumvent Redskins majority owner Daniel Snyder, who has repeatedly affirmed he would “never” change the name.  According to the Senators, “Redskins” is a racial slur for Native Americans.  They argued the NFL should send the message that “racism and bigotry have no place in professional sports.”  This, they say, is the message reflected in the NBA’s recent decision to ban Clippers’ owner Donald Sterling over the content of an illegally taped personal discussion with his girlfriend about racial association.  All 49 Senators who signed on to the letter belong to the Democratic Party. END_OF_DOCUMENT_TOKEN_TO_BE_REPLACED