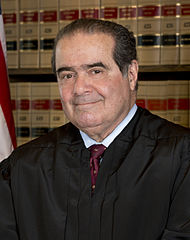 Earlier this month, a new threat to liberty emerged as originalist Justice Antonin Scalia died in Texas, vacating his seat on the Supreme Court. On that day, the stakes of the 2016 presidential election grew exponentially.  Now, whoever gets elected will either maintain the status quo in the Court or create a new, more dangerous majority.

Though the U.S. Constitution is not necessarily a libertarian instrument, it guarantees several fundamental God-given liberties such as freedom of speech and the right to bear arms.  Conservative jurists like Antonin Scalia, more often than not, maintain the status quo of liberty. Modern progressives do not. While textualist conservatives see the Constitution as dead and the Court merely an institution to strike against unconstitutional government excess, modern progressives read words into a “living” Constitution to invent powers for government to restrict rights in the name of “fairness.”

Some argue that a conservative Court would be just as liberty averse as a progressive Court.  I disagree.  The status quo is much less scarier than changes to interpret the law as one desires.  For example, in the recent Court decisions of Citizens United, and Heller, the progressive members of the Court dissented to clear cases upholding the rights of speech and gun ownership.  In both cases, just one vote would have shifted the balance and taken away fundamental rights.  In comparison to the malignant ideology of modern progressivism, conservatism is relatively benign.

A progressive Court will be able to approve massive sweeping changes to the way we exercise our rights. Both Bernie Sanders and Hillary Clinton agree with President Barack Obama’s abuse of executive powers. One can assume a President Clinton or President Sanders will also abuse executive powers, perhaps more so than Obama. An opposition Congress can do nothing to stop it. What can Congress do if President Clinton or President Sanders legislates gun control and speech bans from the oval office with a Supreme Court in his or her back pocket? Impeachment? I doubt it. Enough in Congress support the withering of our rights to block that.

The only solution will be on Election Day.  For the defense of liberty, the importance of not electing a modern progressive as President cannot be overstated.