Businessman Rocky De La Fuente took some time to speak with Wikinews about his campaign for the Democratic Party’s 2016 presidential nomination.

The 61-year-old De La Fuente resides in San Diego, California, grew up in Tijuana, and owns multiple businesses and properties throughout the world. Since getting his start in the automobile industry, De La Fuente has branched out into the banking and real estate markets. END_OF_DOCUMENT_TOKEN_TO_BE_REPLACED 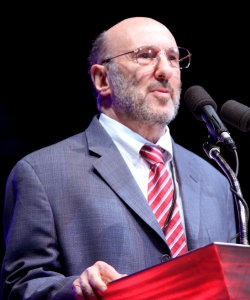 Block, an economics professor at Loyola University, writes at LewRockwell.com that he and retired cardiac surgeon Dr. Donald W. Miller Jr. created LFT to mobilize the “massive support for Donald Trump within the libertarian community.”

Although Block admits that Trump is not perfect on the issues and that whoever the Libertarian Party nominates will likely have views more aligned with his own, he considers Trump the closest to libertarianism among the candidates with a chance of winning the election.  He argues: END_OF_DOCUMENT_TOKEN_TO_BE_REPLACED 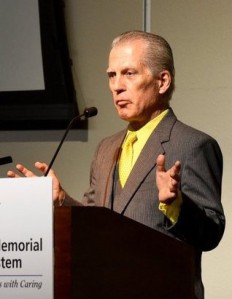 I stumbled upon the news after asking Grundmann about the use of the phrase “Upon my election to the Presidency” on his official Senate campaign website.  He explained that his webmaster erred in transferring data from another website and has requested its removal to keep the site exclusive to the Senate campaign.  Nevertheless, he also confirmed his desire to seek the Presidency, adding that he came to the decision in the past few days. END_OF_DOCUMENT_TOKEN_TO_BE_REPLACED