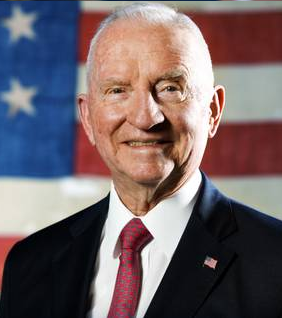 After the July 9 death of industrialist Ross Perot, I updated the aftermath section of the Featured Wikipedia article about his monumental 1992 presidential campaign.

After the election, Perot continued to work with “United We Stand”, and focused his efforts to defeat the North American Free Trade Agreement (NAFTA). In 1993, he was involved in a highly publicized debate with Vice President Al Gore on Larry King Live over NAFTA. Perot formed the Reform Party of the United States of America in 1995, and ran for president under the party’s banner the following year. During the election, he failed to appear in the presidential debates, and finished in third place with about 8% of the vote, behind Republican nominee Bob Dole and President Bill Clinton.[114] The Reform Party’s candidate, former professional wrestler Jesse Ventura, was elected as Governor of Minnesota in 1998, which was connected to Perot’s performance in the presidential elections.[115] His focus on a balanced budget during his campaigns is speculated to have brought the issue to the forefront, enabling the surplus of the late 1990s.[116] Perot declined to run in the 2000 presidential election, and endorsed eventual winner Republican Governor George W. Bush of Texas.[117] In 2008, he endorsed Republican Governor Mitt Romney of Massachusetts for the presidency, and stated “the situation in 1992 was not nearly as bad as it is now … if ever there was a time when it was necessary to put our house in order, it is now.”[118] The populist Tea Party movement and supporters of President Donald Trump have both been compared to Perot advocates.[29][119] Upon Perot’s death from leukemia in 2019, Politico editor-in-chief John F. Harris reflected upon Perot’s 1992 campaign and referred to him as the “father of Trump” due to Trump’s 2016 presidential victory as, like Perot, a populist businessman without traditional political experience.[120]