Adapted from IPR and Wikinews reports 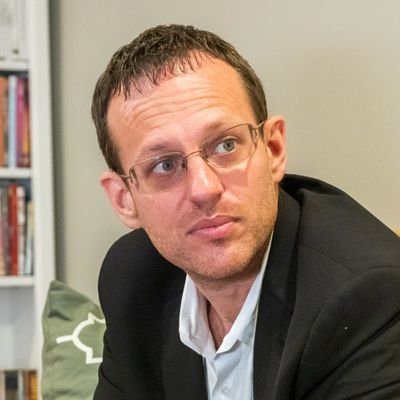 On May 23 at the online Libertarian National Convention, the Libertarian Party nominated Clemson University psychologist Jo Jorgensen, the party’s 1996 vice presidential nominee, for president on the fourth ballot. The next day, the party nominated podcast host Jeremy “Spike” Cohen for vice president on the third ballot. Cohen, who went into the convention as the running mate of performance artist Vermin Supreme, was not the candidate Jorgensen initially backed for the vice presidential nomination.  Cohen is co-owner of Muddied Waters Media, which features his podcast (((My Fellow Americans))).

After the nomination, allegations were made in the comments at Ballot Access News that Cohen previously frequented a now-defunct hate site FuckFrance.com (FF).  The site featured articles and comments largely expressing hatred for France and its people.  It reached the height of its popularity in 2003 ahead of the US invasion of Iraq, which France opposed.  Though the site went defunct in 2013, some of its pages are saved in the Internet Archive.  From there, posts from a user with the handle SpikeCohen can be found.

Cohen, in person, mentioned during the 2020 Libertarian Party Vice Presidential debate that he had previously been a neoconservative.  The user SpikeCohen from FF also expressed neoconservative views.  In addition, on Vermin Supreme’s website, Cohen says his nickname “Spike” derives from a character on the film My Little Pony.  Although it is not viewable on the Internet Archive, the tipster on Ballot Access News claims SpikeCohen from FF likewise used an avatar from the Pony film.  Spike Cohen hails from South Carolina as did SpikeCohen on FF.

In the comments from FF, some of which can be viewed here, SpikeCohen expresses strong support for the Iraq War, opposes any Israeli concessions to the Palestinians, whom he refers to as “terrorists,” and frequently uses the terms “fag” and “faggot” to refer to the French, Iraqis, and Arabs.

With Cohen, I discussed his activism as a neo-conservative, his alleged postings on FF, his journey from neo-conservatism to libertarianism, his role on the Jorgensen-Cohen ticket, and how the ticket can improve on the 2016 performance of the party’s Gary Johnson/Bill Weld ticket, which received 3.27 percent of the popular vote.

During the VP debate you said you used to be a neo-con. Were you active as a neo-con? If so, what did that activism consist of? And when did you stop being a neo-con?

Spike Cohen: Other than voting GOP and telling loved ones neocon stuff, I didn’t really do any activism. I started my transition away from being a neocon around 2006 or 2007, and started my transition from constitutionalist to paleocon to radical minarchist to my “final form” of being an anarchocapitalist sometime around the end of 2015, although I didn’t “come out” until 2016.

Do you recall a site called FuckFrance[dot]com? Some people have said you used to comment there.

Cohen: Possibly. I commented on a couple different neocon sites back in the early 2000s. Whatever I may have said back then I completely disavow and denounce, and have not felt that way for nearly 15 years.

What was it that turned you away from neoconservatism to begin your transition to libertarianism?

Cohen: First it was seeing how the wars in Afghanistan and Iraq actually played out, and that made me re-examine what I believed and actually form a political philosophy.

How would you describe your role as vice presidential nominee? How do you complement Jo Jorgensen on the ticket?

Cohen: I think the role of VP nominee is to help complement the ticket for the party faithful, to support the POTUS candidate, to promote her policies and beliefs (which isn’t difficult to do because they’re mine as well), to broaden the appeal of the ticket to the public, and generally to support her in running for President. I believe that Jo and I present a unique opportunity to reach voters across many age groups, and to campaign in both traditional and dynamic, cutting-edge ways to a public that is more open to an alternative to the Republicrats and their nonsense than ever before.

How can you improve on the performance of Johnson-Weld in 2016?

Cohen: Gary and Bill largely relied on outside agencies and beltway media connections to do their campaigning. A lot of complaints that I’ve heard from Libertarian activists and downballot candidates is that they felt completely left behind and unsupported in 2016. We are running an across-the-board, homegrown Libertarian campaign that is designed to lift up the whole party. We also aren’t relying on corporate media to tell our story, but instead are going to focus on viral marketing and social media reach to create earned media exposure that will force the mainstream media to pay attention to us, on our terms. We believe that will get us the 15% we need in the polls to get in the debates, and when that happens, we have a serious shot to win. Imagine having the two buffoons with a long history of contributing to our problems, and who are now barely able to form a coherent sentence, debating against an accomplished, self-made, brilliant leader who will be able to debate circles around them. And imagine me debating Mike Pence and…whoever has the misfortune of being Biden’s running mate.