The following was written for Wikinews but was never published

Former United States Senate Majority Leader Harry Reid, a Democrat from Nevada, died Tuesday at his home in Henderson, Nevada. He was 82. In a statement, Reid’s wife of 62 years, Landra, said he died of pancreatic cancer. Reid had suffered from the disease since at least 2018, but claimed to be in remission in 2019.

END_OF_DOCUMENT_TOKEN_TO_BE_REPLACED

With the 2018 Mid-Term election fast approaching this Tuesday, I foresee the following to be the most likely outcome:

END_OF_DOCUMENT_TOKEN_TO_BE_REPLACED

On New Years Day 2018, on the steps of New York City Hall, U.S. Senator Bernie Sanders of Vermont, runner-up for the Democratic Party’s 2016 presidential nomination and potential 2020 presidential candidate, is to conduct the swearing-in of New York City Mayor Bill de Blasio, himself a potential 2020 presidential contender.  In a statement, de Blasio, who was re-elected as Mayor this past November, claims to have invited Sanders due to the progressive icon’s Brooklyn, New York roots and advocacy on behalf of working people. Analysts say the invitation is a calculated political move on behalf of de Blasio to take advantage of Sanders’ popularity.

END_OF_DOCUMENT_TOKEN_TO_BE_REPLACED

Two individuals who each previously spoke with Wikinews sought the 2016 presidential nomination of the Reform Party of the United States. Historian Darcy Richardson and businessman Rocky De La Fuente each decided to seek the nomination in July. Both previously ran for president as Democrats.
END_OF_DOCUMENT_TOKEN_TO_BE_REPLACED 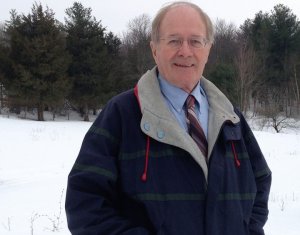 Macomb, New York Councilman Steve Burke took some time to speak with Wikinews about his campaign for the U.S. Democratic Party’s 2016 presidential nomination.

Burke, an insurance adjuster and farmer, was elected councilman in Brookhaven, New York in 1979. He left the town after being accused and found not guilty of bribery in the 1980s. Since 1987 he has served as Macomb councilman off-and-on and currently holds the post. From 1993 to 1996 and 1999 to 2002 he worked as chairman of the Democratic Party of St. Lawrence County, New York. END_OF_DOCUMENT_TOKEN_TO_BE_REPLACED

Yesterday, a spokesperson for former Senator Jim Webb, a potential 2016 Democratic Party presidential candidate, attacked the Business Insider for its report Monday that Webb’s Political Action Committee (PAC) paid nearly $100,000 to Webb’s wife and daughter over the course of the past six years. Ashleigh Owens, who represents Webb’s Born Fighting PAC, accused the Business Insider of “[a]dding up numbers across several years [to create] a sensational headline.” The controversy marks the first for Webb since he became the first major candidate to open an exploratory committee last month.

END_OF_DOCUMENT_TOKEN_TO_BE_REPLACED

I contacted Judge Jim Gray, the Libertarian Party’s 2012 Vice Presidential nominee, about an article published on IPR December 25 announcing that Gray planned to attend the January 3 Democratic Liberty Caucus event in South Carolina.  The event reportedly planned to feature former Senator Jim Webb of Virginia, who last month opened an exploratory committee to decide whether to seek the Democratic Party’s 2016 presidential nomination.  However, according to Gray, Webb will likely not attend the event.  His name no longer appears on the program. END_OF_DOCUMENT_TOKEN_TO_BE_REPLACED

U.S. Senator Bernie Sanders of Vermont, an independent who caucuses with Democrats, revealed through the Associated Press (AP) yesterday that he plans to announce by March whether to run for President of the United States in the 2016 election. Sanders, a self-identified Socialist who champions against income inequality, says he will make a “gut decision” about whether to run. Though often touted as a potential presidential candidate, Sanders has never made a run for the presidency. END_OF_DOCUMENT_TOKEN_TO_BE_REPLACED

Sensible Solution to the ISIS Crisis

After weeks of listening to the talking heads brainstorm how to combat ISIS (The Islamic State of Iraq and Syria), it became plainly obvious that no one had a clue.  As they always do, the neo-cons beat the war drum, demanding “boots on the ground” to begin another Iraq War. President Obama laid out a plan to arm so-called “moderate” Syrian rebels; the same rebels fighting the Assad regime alongside ISIS.  Seeing these extremes, I wondered what a sensible solution would entail.  A cursory search online did not uncover anything substantive.  The Libertarian Party’s official press release left much to be desired.  Then, yesterday, a workable solution came to me out of the blue, after seeing an interview with an unlikely source: West Virginia’s Democratic Senator Joe Manchin.