Radio personality, television host, and philanthropist Don Imus, known to fans as the I-Man, died on Friday at the Baylor Scott and White Medical Center in College Station, Texas after being hospitalized since Christmas Eve, his family reported. Associated Press reported his cause of death as complications from lung disease. He was 79.

Imus’ syndicated radio show Imus in the Morning aired on various networks from 1968 until his retirement in 2018. The show was simulcast on MSNBC television from 1996 until a racial incident in 2007 and for several years up to 2015 on the Fox Business Network. He was once named one of Time’s 25 most influential Americans, and was inducted into the National Radio Hall of Fame.

Known as a shock jock who made controversial comments, Imus was dropped in 2007 by MSNBC and CBS Radio after he referred to the Rutgers University women’s basketball team as “nappy headed hos.” He later apologized for the comment. END_OF_DOCUMENT_TOKEN_TO_BE_REPLACED 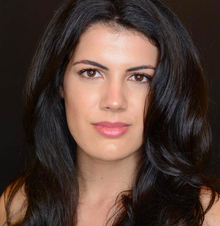 Bre Payton, a 26 year old U.S. writer for the conservative online magazine The Federalist, and recurring pundit on the Fox News, Fox Business and One America News networks, died suddenly on Friday in San Diego, California, after contracting H1N1 flu and encephalitis. Colleagues reacted with surprise to the death and recalled Payton’s work ethic, Christian beliefs, and physical attractiveness. News of the death spread virally, becoming the sixth most trending topic in the United States on Google for the day. END_OF_DOCUMENT_TOKEN_TO_BE_REPLACED

During the first hour of the Libertarian Party presidential forum that aired Friday night on the Fox Business Network, leading Libertarian presidential candidate Gary Johnson admitted that in his view, Jewish bakers should be forced by government to bake wedding cakes for Nazis.

The issue arose when fellow Libertarian presidential candidate Austin Petersen brought to the attention of moderator John Stossel that in an earlier debate in Oregon, Johnson declared that bakeries should be forced to bake wedding cakes for gay couples.  Johnson affirmed the position, arguing that being able to discriminate on the basis of religion is a “black hole.”   END_OF_DOCUMENT_TOKEN_TO_BE_REPLACED

“The two party tyranny that blocks voter choices and dominates the political scene on behalf of big business needs to be broken up and Trump is the one to do it,” said Nader to host Deirdre Bolton, “it takes a billionaire. Ross Perot got 19 million votes as an independent candidate in 1992.  And Trump has every possibility of doing the same, and by the same token, opening up opportunities for multi-party systems; more voices, more choices.” END_OF_DOCUMENT_TOKEN_TO_BE_REPLACED