Last week I received some somber news. The greatest Wikinews editor in the site’s history died suddenly at the age of 56. I knew him as Pi zero, his wiki username, but in real life, his colleagues, friends, and family knew him as John. END_OF_DOCUMENT_TOKEN_TO_BE_REPLACED

Libertarian Party presidential candidate Gary Johnson tapped former Massachusetts Governor William Weld as his pick for the Libertarian Party’s 2016 vice presidential nomination.  Though ardent Johnson supporters laud the move as making the Libertarian Party ticket “viable,” there has been a strong backlash from those who do not believe Weld is libertarian.  Analysis of Weld’s policy positions gives credence to the detractors.  Delegates to the Libertarian National Convention ought to consider Weld’s history carefully when they meet to select a ticket at the Convention later this week.  They may just be on the verge of making a gun-grabbing big government neocon, a standard-bearer of the party. END_OF_DOCUMENT_TOKEN_TO_BE_REPLACED 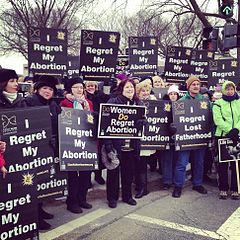 While recent media coverage of the Supreme Court’s conclusion of its 2013 term centered on the Hobby Lobby religious freedom decision, the most meaningful First Amendment case has received much less mention. Though underexposed, the rejection of Massachusetts’s restriction on abortion clinic protest in McCullen v. Coakley is perhaps this term’s single greatest contribution to the reaffirmation of freedom in the United States.

Whereas Hobby Lobby upheld the religious freedom of corporations in rejecting enforcement of a single Obamacare provision, the McCullen decision reestablished the right of every natural person to express actual views. END_OF_DOCUMENT_TOKEN_TO_BE_REPLACED