Brown recently signed an act into law forcing California schools to allow “transgender” students to use the bathroom and shower best matching their “gender identity,” as opposed to their actual sex.  As discussed last month in my review of CandleCrusade.org,  such a mandate interferes with a fundamental right of girls. END_OF_DOCUMENT_TOKEN_TO_BE_REPLACED

The following was posted at IPR (Independent Political Report) as a review of Don Grundmann’s website CandleCrusade.org. 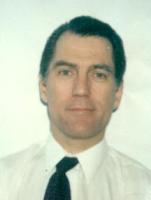 Former State Chairman for the California Constitution Party, a 2008 and 2012 Constitution Party presidential candidate, and frequent IPR reader, Don Grundmann operates CandleCrusade.org. It hosts ten pages of documents supporting Grundmann’s controversial thesis that the true agenda of the LGBT movement is the corruption of children, ideally through legalized molestation, to solidify and normalize homosexuality. In IPR discussion, Grundmann often refers to his website as proof for his claims

As a result of Grundmann’s strongly held beliefs, IPR discussions on LGBT (lesbian, gay, bisexual, and transgender) issues are often contentious and usually descend into name-calling, the lowest rung on Graham’s Hierarchy of Disagreement. In order to foster a higher level of discussion, I volunteered to make a neutral assessment of the content on CandleCrusade.org. END_OF_DOCUMENT_TOKEN_TO_BE_REPLACED