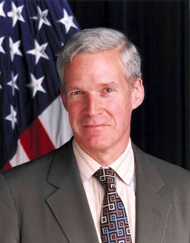 Longtime Prohibition Party activist Leroy Pletten died earlier this year at the age of 68.  Pletten, an anti-smoking activist, differed from his fellow party members in holding generally progressive views.  In 2004 and 2008, as the running mate of Gene Amondson, Pletten served as the party’s vice presidential nominee.  In addition, he had a major role in the party split between 2003 and 2007 as leader of the faction opposing multi-time presidential nominee Earl Dodge. His advocacy against Dodge continued after Dodge’s 2007 death, spreading even to wikipedia.

END_OF_DOCUMENT_TOKEN_TO_BE_REPLACED

“The two party tyranny that blocks voter choices and dominates the political scene on behalf of big business needs to be broken up and Trump is the one to do it,” said Nader to host Deirdre Bolton, “it takes a billionaire. Ross Perot got 19 million votes as an independent candidate in 1992.  And Trump has every possibility of doing the same, and by the same token, opening up opportunities for multi-party systems; more voices, more choices.” END_OF_DOCUMENT_TOKEN_TO_BE_REPLACED

Republican presidential candidate Mark Everson, former commissioner of the Internal Revenue Service (IRS), filed a complaint on Monday with the Federal Election Commission (FEC) to challenge his exclusion from Thursday’s first Fox News Republican Party presidential debate. Everson argues his exclusion violates Title 11 of the U.S. Code of Federal Regulations in that debate hosts must not “structure the debates to promote or advance one candidate over another”, and must “use pre-established objective criteria to determine which candidates may participate in a debate.” END_OF_DOCUMENT_TOKEN_TO_BE_REPLACED